The end is coming. IT IS CERTAIN. 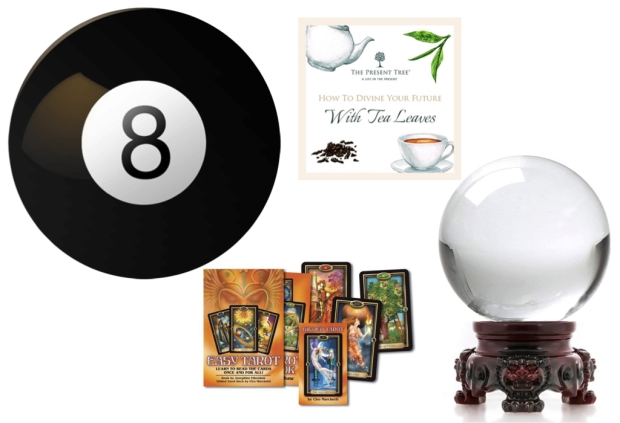 Will I get that promotion this year? (turns ball over) WITHOUT A DOUBT Yes!

Will my boyfriend and I still be together next Christmas? (turns ball) MY SOURCES SAY NO Hmm. What do these sources know that I don’t?

If you could know for certain what 2020 will bring, would you want to? Would you want to know all the things that will happen in this brand new year ahead…the good, the bad, the ugly…the life-changing, the mundane? Let’s say the Magic 8 Ball was legit. Would you spend New Year’s Day repeatedly shaking that prophetic orb until you got either “It is certain” or “My reply is no” for every question about your future?

But then what? If you didn’t like the answer you could conceivably take action to change it, which would

make any “legit” predictor illegit. You can’t change the past, but the future…maybe? No…you can’t change something that doesn’t exist yet. And que sera sera, you know. Whatever will be, will be. If what was predicted doesn’t come to pass then it was never part of the future in the first place.

So here we are at the cusp of a new year looking ahead to a future that is certain, but of which we are uncertain. We have our plans and our hopes and expectations, but God only knows if any of them will materialize. Only God.

There are some things, however, that we can know will happen…though not when…because God has told us they will. And…he knows. Maybe those hoping for an end to the Trump presidency will get their wish but not because he’s defeated at the polls. It will be instead because God has brought an end to the presidency itself…and the world.

Oh, boy…here we go. Doomsday fear-mongering, get your GET OUT OF HELL FREE card by trusting in Jesus. Happy New Year to you too.

Yeah…I know. Talking about the end of the world is not very progressive. What could serve progress less than pointing out its limits?

If Jesus really is going to return to earth, “coming on the clouds” as Scripture predicts, ushering in a new era with a new heavens and a new earth and all mankind into his heavenly courtroom with himself as judge, that is your future. IT IS CERTAIN

Maybe that certain event is still a long way off but 2020 is your year to die. (Oh, this post is such a downer.) Either way, there’s a divine court appearance in your future when you will be judged for the crimes in your past. And your only hope will be your reception of the present.

For the wages of sin is death, but the free gift of God is eternal life in Christ Jesus our Lord.- Romans 6:23

He’ll be back. He came before as Sacrifice and Savior but next time it will be as King and Judge. I pray you’ll be among those welcoming his return.