The evil and the good

In the wake of the Boston bombings, many are making the distinction between the perpetrators of the murderous mayhem and those who rushed in to help the victims, with the intent to demonstrate and highlight humanity’s overarching goodness and ultimate triumph over evil. This is an encouraging observation in a world and time that see quite a bit of hate, destruction, and suffering.

It certainly seems to be true, that those who are inclined to help and protect outnumber those bent on causing pain. One, or perhaps a handful of individuals set out to kill and maim in Boston last Monday, but hundreds there sacrificed themselves to aid the wounded. Many more offered aid to the runners and the families, and many more still would have if they had had the opportunity. But other events in human history and scientific studies on human nature reveal disturbing realities that blur the distinction between the evil and the good.

News of this latest terrorist attack came at the same time I was reading a paper titled, We Don’t Take Human Evil Seriously so We Don’t Understand Why We Suffer by Clay Jones, Assoc. Professor of Christian Apologetics at Biola University. It’s a sobering read. The information revealed there, when considered honestly, should greatly impact one’s perception of human nature. Because in this multi-footnoted paper, Jones chronicl 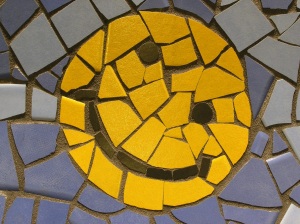 es some of the most heinous crimes committed against humanity and demonstrates that large populations in virtually every part of the world commit or are complicit in them, and it’s not just “a few depraved individuals.” The Boston bombings may have been the work of one or a few, but evil is more prevalent than we might think.

Prof. Jones limited his examples of human depravity to the last hundred years, for the sake of time and space. After reading his paper, the thought of a complete record of incidents of evil from the beginning of time is too staggering to hold on to. I won’t recount all the distressing details, you can read it yourself here, except to pass along one quote from Iris Chang’s book The Rape of Nanking: The Forgotten Holocaust of World War II:

The Rape of Nanking should be remembered not only for the number of people slaughtered but for the cruel manner in which many met their deaths. Chinese men were used for bayonet practice and in decapitation contests. An estimated 20,000–80,000 Chinese women were raped. Many soldiers went beyond rape to disembowel women, slice off their breasts, nail them alive to walls. Fathers were forced to rape their daughters, and sons their mothers, as other family members watched. Not only did live burials, castration, the carving of organs, and the roasting of people become routine, but more diabolical tortures were practiced, such as hanging people by their tongues on iron hooks or burying people to their waists and watching them get torn apart by German shepherds. So sickening was the spectacle that even the Nazis in the city were horrified, one proclaiming the massacre to be the work of ‘bestial machinery.’

The countries and cases and crimes that Jones presents for the reader’s consideration are too numerous to allow us to dismiss them as simple aberrations of humanity that is inherently good. Especially when we are confronted with the experiment. I don’t think I can summarize it well enough and maintain its import and impact, so here is Jones’ description in full:

In trying to understand how it was possible for so many Germans to participate in the torture and execution of so many Jews in the Holocaust, from 1960 to 1963 psychologist Stanley Milgram conducted a study at Yale University. In response to a newspaper advertisement, two people at a time would arrive at a psychology laboratory to participate in what appeared to be a traditional learning study. One of them was then designated “teacher” and the other a “learner.”

The learner is told to learn a list of word-pairs and is then strapped into a chair and electrodes are attached to his wrists. When the learner makes a mistake, the “teacher” is instructed by the experimenter to give him a shock. In reality, however, the learner is a paid actor hired by the experimenter and receives no shock at all. The experiment actually concerns the “teacher” who administers the shocks. The teacher sits before an impressive shock generator with thirty switches ranging from 15 volts to 450 volts labeled from “SLIGHT SHOCK” to “DANGER—SEVERE SHOCK.” Before the experiment begins, a very real 45 volt shock is given to the “teachers” to impress them with the significance of their actions. Then, as the experiment continues the teacher is told to increase the shock dosages even though  the learner begs and screams to be let out.

The object of the experiment was to see how many people would administer dangerous shocks if instructed to do so by an authority figure. The result: 65% administered all shocks as instructed, including the possibly lethal shock, and Milgram found no difference between men or women. In 1970 David Mantell replicated it in Munich, West Germany, and found that 85 percent administered the maximum shock.

This experiment appears to confirm the point of Jones’ paper, that perpetrators of evil are ordinary people in evil-enabling environments and situations. Crimes against humanity are not inhuman – they are very human indeed.

What should we do with this realization? Well, just as with alcoholism, the first step in dealing with a human condition is acknowledging it. It is good and right to celebrate and encourage the good in others and ourselves, but if we don’t also recognize our potential for evil, we are more likely to fall into it, both as perpetrators and victims. On a personal as well as global scale, knowledge of human nature will make us wiser and safer in our relationships, and better equip us to maximize the likelihood that those we place in authority over us will not abuse our trust.

The second step in acknowledging evil as latent if not overt in our own hearts is to recognize that we are powerless to completely and perfectly resist acting on it. And then to call on the one who came to conquer sin and death, Jesus Christ. The Gospel…nay, the whole Bible…is all about man’s sin and God’s plan to bring redemption and freedom. Freedom from the penalty of sin and the power of sin. And someday…the presence of sin.

But if we ever hope to be truly free, truly victorious, we must first see that, “We have met the enemy, and he is us.”

← “I just adore this man.”
Sin, suffering, and salvation →

5 thoughts on “The evil and the good”