Looking out for Number One*

America has been proudly called the “land of the free” almost since its birth. But if we’re not vigilant, and diligent, we’re going to look more like the land of feigned grief over a dictator’s death. Or the land of jailed dissidents and forced abortions. Or the land of death sentences for criticizing a revered holy man.

Because incidents keep popping up, like the one in DC this past weekend, that have such repressive undertones, if we don’t call attention to them and correctly indentify them as an assault on free speech, we will assure that they will continue to occur, in increasing measure. Until we wake up one day and realize we have more in common with China than the support of their manufacturing industry. 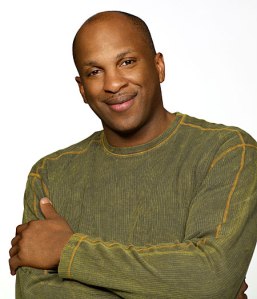 This past Friday, one day before a concert in our nation’s capital celebrating the 50th anniversary of the civil rights March on Washington, when Martin Luther King, Jr. gave his “I Have a Dream” speech, gay rights activists succeeded in convincing DC’s mayor to uninvite Grammy Award winning gospel artist Donnie McClurkin from the event because of his views on homosexuality. Because of his views.

Because of his views, expressed without hatred or demands, which they disagree with, McClurkin was told, as he was at the airport waiting to travel there, that he was no longer welcome. Then the mayor’s office lied about it, saying that they and McClurkin’s staff came to a mutual agreement that it would be in everyone’s best interest that he not perform. Why, if this last minute decision was just and moral, did they find it necessary to distort the truth about it?

Donnie McClurkin has said that God delivered him from “the sin of homosexuality.” Obviously, not everyone agrees that homosexuality is a sin, but it’s a view that many, many people hold, and has been the predominant assessment in this country up until just the last few decades. Nowadays, we risk being branded a homophobe or bigot for expressing it, and if actions like that of DC’s mayor are allowed to be repeated unchallenged, the risks looming on the horizon are much greater.

The homosexual agenda has been described as the civil rights issue of our times. I don’t believe it is, and not simply because I disagree that same-sex marriage is a right, nor because the rights that they inherently deserve, like equal employment opportunities, are largely undisputed. But also because I believe that freedom of speech and religion, enshrined in the First Amendment but currently under assault, is the real civil rights issue of our time.

And interestingly, those often found attacking these basic freedoms are the same ones clothing their movement in the mantle of tolerance and love. Is it not blatant intolerance to demand that McClurkin be removed from a planned appearance celebrating civil rights simply because of his personal views on a controversial topic?

I think these kinds of unjust, unloving, and intolerant intrusions by gay activists will backfire on them, and already have. This reflects badly on them, and if anyone can direct me to a report of just one gay advocate honestly condemning this latest injustice, I will gladly pass it along.

But it only looks bad to those who recognize what’s really going on. Who haven’t been brainwashed by a vocal and militant minority into believing that any negative expression of homosexuality is pathological at best or criminal at worst.

Homosexuals are individuals deserving of love and respect, made in the image of God, who have the right to their opinions and their law-abiding activities, and they should not be silenced. The thing is….so are heterosexuals. And it seems to me this is increasingly being disregarded.

*As in…the Bill of Rights

← Truth frees; preferences fail
Will and grace, and faith →