What’s in your well?

When I was a young girl of 12 and 13, back in the day, I was a victim of some relatively mild middle-school harassment from a few girls in my class…knocking my coat onto the floor, laughing behind my back, pretty harmless stuff. But these were girls who I thought were friends, and it hurt my feelings, which I’m sure was obvious and only served to fuel their preadolescent perfidy. As I’ve looked back on those days I’ve often thought that if I had had a more confident personality and a thicker skin, they would have gotten no satisfaction from harassing me and quickly moved on to someone else.

I was reminded of this today as I read about a debate going on in Great Britain over attempts to criminalize expressions of the word “Yid” at soccer games to refer to Jews. Even though the ones mostly using it are Jewish themselves and consider it an expression of support for their team and their fellow fans, the word has a history of being used derogatorily, so some believe it should be banned in a public setting. It is described as equivalent to using the “N” word to refer to African-Americans.

Now, I’m neither Jewish nor black, so I acknowledge there may be nuances of the use of racial and ethnic epithets that I do not understand. The nearest I can relate is being called a “ 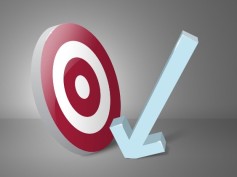 Polak” because of my Polish heritage. Still, I don’t believe legislating against them is the answer, because it only magnifies the offensive nature of the words, fueling the hater’s desire to employ them as weapons. If instead, the targets deflected the barbs by refusing to allow them to stick or prick, the offenders would soon see that the words are ineffective and would discard them.

Banning certain words does little if anything to address the hatred from which they spring. What overcomes hatred is love, not legislation. Imagine a snarling, hate-filled expulsion of a racial slur being met with a smile and a “Have a nice day.” Who has the power in that exchange? Who is the victor in that semantic skirmish?

Instead of criminalizing “hate” speech, which only drives the hater to invent new ways to act on his or her hatred, why not focus our attention, efforts, and money on dealing with the hatred itself? There are multiple ways of doing that, yet they will not have long-lasting success unless we realize that hatred is a sin we all as humans fall into by default. Yes…de fault is ours. And that God IS love1, and so love is of God, and the only way we can deal a decisive blow to hatred is by submitting to him and allowing him to change us from the inside out.

Our speech and actions are the outward demonstrations of the condition of our inward being. The well that we draw from determines the nature and purity of the water we drink and give to others. “For out of the overflow of his heart his mouth speaks.”2

← Life and death…and life
Why doesn’t God do something? →