Atheism can do better

Is it “intellectually lazy” to believe in God? Is religious faith in essence a “cop-out”, a means to avoid the hard work of investigation? 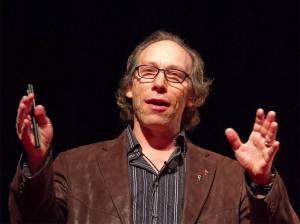 That’s the claim of atheist and theoretical physicist Lawrence Krauss, which he made in the second of his three debates with philosopher and Christian apologist William Lane Craig in Australia last August. Referring to Dr. Craig’s decision to trust in Jesus Christ, Dr. Krauss ridicules faith in God as merely “a great out” for those who are unable or unwilling to pursue true understanding. Just manufacture a complex, transcendent being that is beyond our comprehension and the troublesome task of searching for the real answers to life’s biggest questions is avoided.

Dr. Krauss is obviously a very smart man, at least when it comes to physics. But akin to the absent-minded professor who is a genius in his field but an oaf in navigating daily life and relationships, Kraus is a bit of a “simple-minded” professor. Though knowing his own material well, he fails to be convincing in a debate because he resorts to caricatures and dismissive pejoratives when referencing his opposition. He seems to consider the theist so ignorant and out of touch and his position so ridiculous as to be unworthy of his time and effort to understand where he’s coming from.

If Professor Krauss wanted to more persuasively represent atheism, or its humbler, more circumspect sister agnosticism, he would give theism its due by acknowledging, though he disagrees with them, the good and thoughtful reasons people have for believing in God. Not to do so gives the impression that he is not confident enough in his own position to argue against them. Like a name-calling bully, he relies more on ridicule and intimidation, accusation and innuendo, than on reasoned refutation of his opponent’s argument. Isn’t that being intellectually lazy?

The atheist community would do well to rein Lawrence Krauss in a little. Or not. He’s probably doing more for the cause of theism than antitheism, for which I am grateful. Interestingly, though I find him insufferably arrogant, I felt a twinge of fondness for him (or maybe it was indigestion) when I was watching this last debate. He reminds me of the apostle Paul, who was a virulent persecutor of Christians until God blinded then enlightened him while he was on the road to Damascus. And I am praying that God will, in like fashion, knock Dr. Krauss off his high horse someday, and make him into one of this century’s greatest defenders of the faith.

The great “hound of heaven” is coming after you, Lawrence…not to destroy, but to save. If you really are smart, you’ll dismount while you can.

4 thoughts on “Atheism can do better”