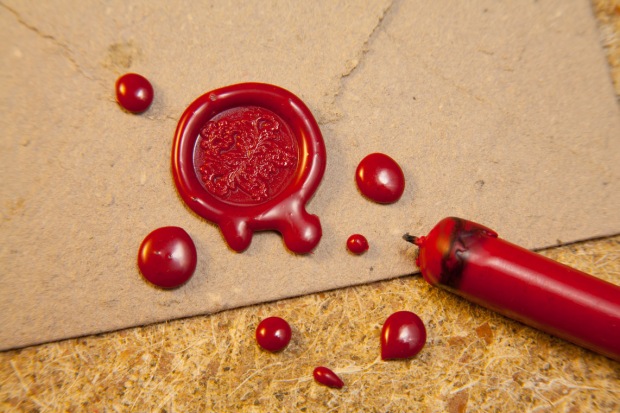 On the one hand, faith in Christ by itself is not enough to guarantee salvation, because faith is a gift. – Karl Keating

That is why it depends on faith, in order that the promise may rest on grace and be guaranteed to all his offspring—not only to the adherent of the law but also to the one who shares the faith of Abraham, who is the father of us all. – Paul of Tarsus

Perhaps the only guarantee in Catholic soteriology is that if you die with an unconfessed “grievous” sin on your soul, you will spend eternity in Hell. Catholics certainly have no assurance or guarantee of salvation, as their apologist Karl Keating has been making clear in his response to a caller to Catholic Answers Live. But “what does the Scripture say? ‘Abraham believed God, and it was counted to him as righteousness.’” – Romans 4:3

For the promise to Abraham and his offspring that he would be heir of the world did not come through the law but through the righteousness of faith. For if it is the adherents of the law who are to be the heirs, faith is null and the promise is void. For the law brings wrath, but where there is no law there is no transgression. That is why it depends on faith, in order that the promise may rest on grace and be guaranteed to all his offspring—not only to the adherent of the law but also to the one who shares the faith of Abraham, who is the father of us all. – Romans 4:13-16

What is “it” that “depends on faith”? Is it not the promise of an inheritance given to Abraham “and his offspring”? And is that inheritance not eternal life and that which we commonly refer to as salvation? And doesn’t it depend on faith because God in his mercy, love and grace chose to guarantee a people unto himself and knew that if he designated to salvation those who always adhered to the law he would have no people? (And isn’t that what “election” is all about?) And finally, if “it is those of faith who are the sons of Abraham,” then aren’t all true believers guaranteed salvation, by faith?

And like with any other kind of gift it can be rejected or returned or thrown away. Some Christians, unfortunately, will do that, and they won’t end up in Heaven. The best way to maintain that gift of faith and to stay in the state of holiness, which is the state we need to die in to go to Heaven, is to avoid sin, and to do meritorious works.

So, keep the law, he is saying. But what does the Scripture say? “The law brings wrath.” It brings wrath because we can’t keep it, we can’t obey it perfectly, we sin…sometimes grievously. Paul says we are all “under sin” and then repeats from the Old Testament what that looks like. Worthless liars, mouths full of venomous curses…violent murderers wreaking havoc and misery…arrogant, rebellious creatures. Not a pretty picture. The whole world is held accountable to God, there is no distinction…all have sinned and fallen short…

…and are justified by his grace as a gift, through the redemption that is in Christ Jesus, – Romans 3:24

Faith isn’t a gift. Faith is how we receive the gift which is justification. That gift can certainly be rejected…we can refuse to believe. But returned or thrown away through our sin? That does not compute, nor comport with the testimony of Scripture. If the Holy Spirit, who is given to us when we believe, is the guarantee of our inheritance, which is eternal life in and with Christ in Heaven…

For we know that if the tent that is our earthly home is destroyed, we have a building from God, a house not made with hands, eternal in the heavens. For in this tent we groan, longing to put on our heavenly dwelling, if indeed by putting it on we may not be found naked. For while we are still in this tent, we groan, being burdened—not that we would be unclothed, but that we would be further clothed, so that what is mortal may be swallowed up by life. He who has prepared us for this very thing is God, who has given us the Spirit as a guarantee. – 2 Corinthians 5:1-5

…if we are sealed by God himself “while we were yet sinners,”

In him you also, when you heard the word of truth, the gospel of your salvation, and believed in him, were sealed with the promised Holy Spirit, who is the guarantee of our inheritance until we acquire possession of it, to the praise of his glory. – Ephesians 1:13-14

…how can it be that a single sin can break the seal which was not affixed because we merited it but because we “believed in him”?

So the purpose of good acts isn’t to win Heaven; you can’t do that. ‘Cause Heaven’s a free gift.

Whoa, whoa, whoa…hold your horses there, mister. Heaven is a “free gift” but to get there we need to do “meritorious works”? A gift by definition is free, but a “gift” that we must earn by doing good and avoiding sin is no gift at all. Read how Mr. Keating attempts to circumvent this obvious dichotomy.

But the purpose of good acts is to avoid bad acts. The purpose of virtuous action is to avoid sin. Because if you commit sin, serious sin, you lose grace in your soul, and if you die in that condition then you’ll get the wages, which is death, for the sin. So the purpose of good acts will be to keep us away from sin and in the state of grace, so that that faith we have in Christ will work itself out manifestly and we will be saved at the end of our lives.

So our works don’t actually merit us Heaven, they just keep us too busy to sin. And one grievous sin puts a hole in our soul which allows grace to leak out. And at our death God looks into our soul and if he finds it empty he denies us the inheritance he previously guaranteed us by the seal of his Holy Spirit.

I would like to know where in Scripture we are taught that grace is a commodity which acts as a preservative and comes with every sacrament, meritorious work, or cooperative act, and goes with every mortal sin.

But let me bring this series to a close with Keating’s attempt to put a positive spin on our lack of assurance.

Well, that’s encouraging. If I obey God’s commands I will be saved. Wait a minute…wasn’t that plan already tried and found wanting? And if missing out on Heaven would “be my own fault” because I haven’t done the works in cooperation with God’s grace, doesn’t it necessarily follow that if I make it in, I get the credit for that too? And isn’t that blatantly salvation by works and in strict opposition to Paul’s teaching?

So many questions for Catholic apologists, and so few good answers.