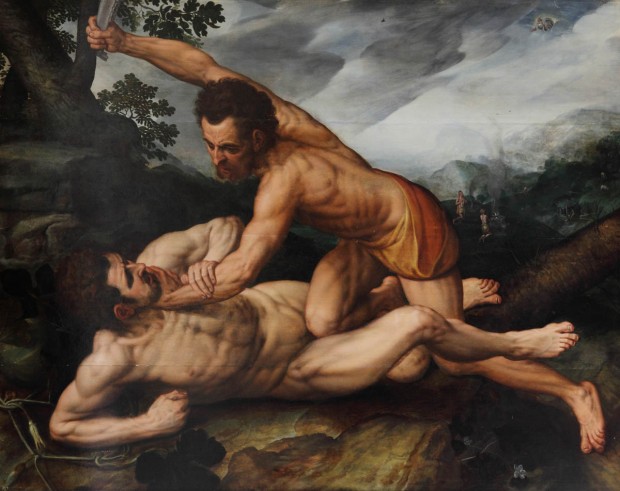 My fifth grandchild was born this month…a perfect little baby boy, so precious and loved by his parents and me. And all he does is eat and poop! Why do we love him so? The geese that populate our property likewise do little more than ingest and excrete, and I hate them because of it. Why do we love our children from the moment we know they exist, even though they just take, take, take, and don’t DO anything for us? We give, and they take, and if it came to it, we would give even our very lives for the little takers.

Pondering this reality in light of the recent school shooting highlights for me what I believe is a primary factor in the formation of a mass shooter…a perception of meaninglessness. Stay with me please, while I make the connection between a tiny baby and a murderer of children.

Do you suppose if that young man who wantonly killed 17 people in Parkland believed his life had meaning and purpose he would have thrown it away like that? Who walks into an establishment with a cache of weapons intent on destruction who also believes his life has value and meaning and there is a reason for his existence? Isn’t it true that many if not all mass shooters take multiple lives in a dramatic fashion specifically to make themselves famous in a warped attempt to have their lives count for something, even if it’s an horrifically evil something? (Which ought to lay a responsibility at the feet of the news media to give the shooter’s name and image only minimal exposure.)

Many human beings struggle with a sense of meaninglessness yet few of us “go postal.” More than a few, however, as I mentioned in my previous post, do turn to drugs or suicide to ease or end their seemingly hopeless existence. Young people are especially vulnerable, I believe, because they’ve yet to start a family or career…experiences that can provide a certain measure of meaning and purpose.

But what if we knew that no matter if we spend our days in cancer research or navel-gazing, our life has value and purpose and we are dearly loved? Though my grandson can’t lift his head enough to even see his navel and hasn’t the cognitive abilities yet to ponder why it’s there if he could, he’s definitely on that side of the productivity scale. Yet his mere existence as a member of his family is sufficient to confer on him great worth, and he is greatly loved and cherished though he cannot love in return nor produce anything that doesn’t need to be cleaned up. What if we knew that each of us also has great worth simply because we are human beings created in God’s image? And what if we knew that he loves us with the sacrificial love of a mother or father that extends even to a sacrificial death if necessary?

In a retelling of the biblical story of Cain and Abel, John Steinbeck created the characters of Cal and Aron Trask in his acclaimed novel East of Eden. Cal never felt loved by his father and became hateful and violent as a result. Though he doesn’t murder his brother like Cain did, his hostility and hate definitely contribute to Aron’s death. I happened to watch the Elia Kazan film depiction of the story last week and there’s a scene at the end where the love interest Abra plead’s with Cal’s father, who has suffered a stroke, to love his son so that Cal can be “whole.”

When a man feels fractured and fragmented, deficient and defective, his life without meaning and purpose because he is unloved, he is a walking time-bomb. Sooner or later there will be destruction. The only question is, when it goes off who besides himself will get hit.

← Let’s talk about the why, not just the how
Manipulated, or mindful of the God we believe exists? →