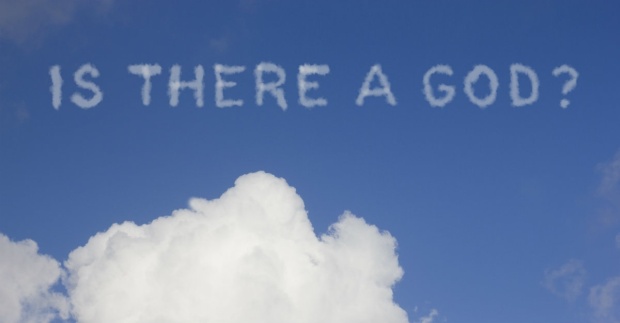 Do atheists have multiple good arguments against the existence of God? In a word…no. They have a few only, and none that Christianity can’t satisfactorily answer. But some skeptics, heady with the conviction that science and reason are squarely on their side, throw out whole lists of reasons not to believe, as the Friendly Atheist Hemant Mehta has done, thinking that since they’re the smart ones, these arguments must be good.

But I beg to differ. Here are the remaining reasons Mr. Mehta gives for not believing in God. See yesterday’s post for the first 13.

14. The proof people give for why God exists is so often based on their personal experiences. God spoke to them, they feel God, they just know God exists. It’s the sort of proof we would never take seriously if it were applied anywhere else.

Though personal experience can provide sufficient warrant for belief, few Christian apologists build their case on it when arguing for the truth of God’s existence. The truly objective evidence is more than sufficient.

15. Too many of God’s followers, using Bible verses to support their beliefs, have made life worse for other people.

Many more people have been harmed and even killed by atheists acting in line with naturalism’s ideology of purposeless evolution and survival of the fittest…Stalin, Mao, Hitler. Whereas those who have used the Bible to subjugate or persecute were acting contrary to what the Bible actually teaches.

16. No matter what Ray Comfort says, God didn’t create bananas to look like this [a banana]. They evolved this way without God’s help.

Ray Comfort is a Christian minister and author who was ridiculed by Richard Dawkins for his demonstration of how a banana exemplifies God’s design. If one wants to refute that, he really needs to do more than say, no it doesn’t.

This is such a bone-headed statement, I just wanna’ smack somebody…in a respectful way, of course. You can be sure that every atheist who contends that science is at odds with theism is either completely uninformed or so invested in his atheism for non-scientific reasons that he refuses to look objectively at the evidence.

18. You don’t need God to be a good person; just cut out the middle man.

It’s true that you don’t need to believe in God to be a good person, but you do need God to exist in order to establish what is good. It’s kind of incredible that popular atheists continue to misunderstand the Moral Argument for God.

19. People have been saying Jesus is coming back during their lifetime for many, many, many lifetimes. He’s not coming back. It’s time to move on.

I’m sure that’s been used by some to deflect uncomfortable questions, but a certain measure of mystery is to be expected when finite creatures seek to fathom a being infinitely greater than them. There’s going to be a stopping point beyond which we, as different and lesser as we are, cannot comprehend.

21. Between tornados in Oklahoma, droughts in Texas, and hurricanes in Alabama, there sure are a lot of natural disasters in the places that God supposedly loves.

This is just an alternate expression of the problem of evil and suffering. See answer 13 from yesterday.

22. You were made in God’s image. Except for your foreskin, apparently. You need to cut that off.

I take it this apparently frivolous final reason is still meant to ridicule the supposedly frivolous requirements and restrictions God imposed on the Jews. Skeptics who make no effort to understand before they ridicule only end up sounding ridiculous themselves. God had reasons for the peculiarities of Jewish law and a quick Internet search would uncover explanations for most, if not all, of them.

Twenty-two reasons to stop believing in God…most of which pack no punch at all and which atheists really should discard from their arsenal. They are ineffective weapons.

The language of warfare does seem to come naturally when talking about conflicting worldviews…atheism and Christianity in particular. The warring parties can get pretty hostile too, and that’s certainly not productive, so I appreciate Hemant Mehta’s desire to be friendly. But plenty of folks have been deceived by other folks who were mighty friendly but peddling misrepresentations or outright lies. Congeniality is good, but truth is better, and if friendliness is not coupled with a sincere openness to following the evidence wherever it leads, even to the supernatural, it doesn’t do anyone any good.