We must believe the bad to experience the good 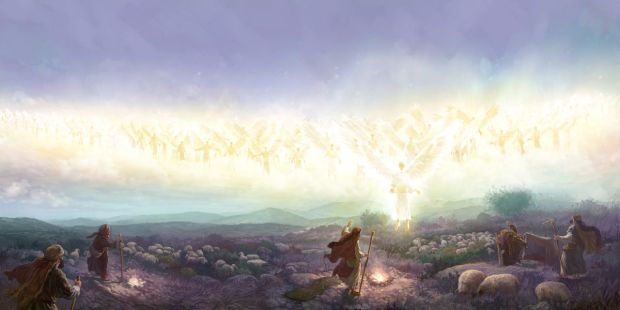 Oh, the fearful, suspended anticipation such an announcement tends to create in us. Will the good outweigh the bad, or will the bad totally ruin the good? Which do I want to hear first?

Very often the good news sufficiently offsets the bad so that we are spared great disappointment, but the bad tempers the joy from the good. So it’s basically a wash and our lives go on as before.

In a field outside Bethlehem 2,000 plus years ago an angel of the Lord had only good news to announce, yet there was bad news assumed.

And the angel said to them, “Fear not, for behold, I bring you good news of great joy that will be for all the people. For unto you is born this day in the city of David a Savior, who is Christ the Lord. – Luke 2:10-11

The bad news was really, really bad. But it wasn’t merely offset by the good, it was wiped out, erased, nullified and banished to the netherworld of This Does No Longer Apply. Because the good news is that good, so that our lives do not go on as before but are radically transformed.

However, there is one thing that will render the good news to be merely ‘eh’ and that is if we do not know or believe the bad news. Because the news is for each of us individually as well as “for all the people.” It’s not like “Cleveland Browns win the Super Bowl” which is news for all football fans but none of us will suffer by disregarding it. Rather, it’s like, “Everyone who reposts this will get a share in Mark Zuckerberg’s fortune” and it’s not a scam but we don’t believe it so miss out on our million.

The angelic proclamation made to poor shepherds carried an implicit call for a response. “You will find a baby wrapped in swaddling cloths and lying in a manger.” In other words, believe and seek the one who has been born to save. If the shepherds were unaware of their predicament, the bad news that they were powerless to live up to God’s standard and were necessarily condemned because of it, would they have gone to “see this thing that has happened, which the Lord has made known to us”? Would they have sought the Savior and returned “glorifying and praising God”?

The good news of a Savior, Christ the Lord, that we celebrate at Christmas is about as meaningful to one who does not know or believe he needs saving as the menu for last night’s dinner. But while our salvation is effected by our belief, our predicament is not. The bad news is, we’re in trouble and in need of rescue, independent of whether we realize, acknowledge, experience, feel or believe it. 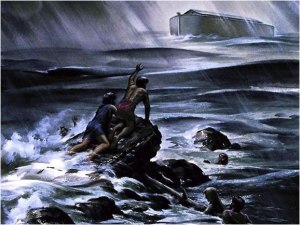 They were eating and drinking and marrying and being given in marriage, until the day when Noah entered the ark, and the flood came and destroyed them all. – Luke 17:27

Only those who believed the bad news of impending destruction had reason to heed the good news of a way of escape and got on the boat. The others laughed and scorned, until the waters came and it was too late.

← O tidings of comfort and joy
For the love of bugs →