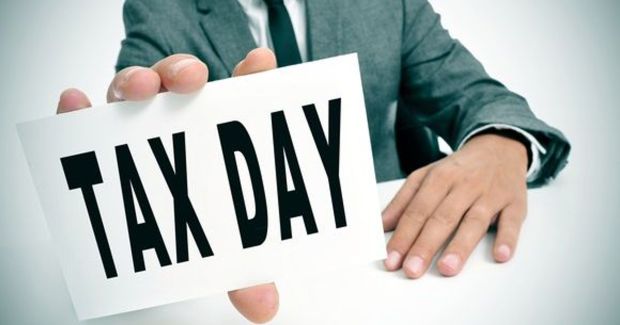 I haven’t even started on my tax return yet. Have you? Started your return, I mean…not mine. Silly. I’ll get it done, and get it done on time because I have to. Oh, I could ignore the deadline and my legal obligation to pay taxes and file my return, but that would only delay the inevitable…as well as increase the amount of my debt.

There’s a maxim you’ve probably heard suggesting that there are only two things in life we can be certain of. One of them is taxes. The other is death. Not just death in an abstract sense, but your death. My death. Kind of like taxes, we don’t like to think about it, but ignoring him will not keep the Grim 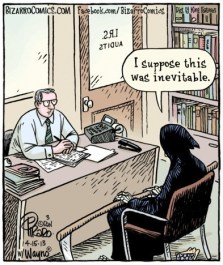 Reaper at bay. We don’t get to choose whether or not to shuffle off this mortal coil. Some day the bell will toll for thee…and for me. You get the picture.

Our propensity to ignore the reality of our impending demise makes it easier for many to be lazy believers…ascribing to a faith without making the effort to determine its truth value. But even for those who are more mindful and serious about their faith, the subconscious tendency to view one’s mortality as more theoretical than actual frees us up to ascribe to whatever beliefs work for us in this life alone.

So my second question for the non-Christian is:

If you had only 24 more hours to live, are you confident enough in the truth of your beliefs not to greatly fear that you might be mistaken?

If death was at your door, would you spend the day saying goodbye to family and friends or frantically reexamining your belief system, looking for reassurance that your expectations of what happens to you after death were well-founded? Certainly, even those of us with great confidence in the truth of our beliefs will likely experience some apprehension when the time comes to cross over. Life after death is largely a mystery, even in the Christian worldview, and fear of the unknown is common to all. But I have put enough time and mental effort into discerning truth about life and death to keep me from doubting at the end of my life that I’ve been believing a lie. And the God I’ve come to know has shown himself to be loving and trustworthy, like a good father. So just as a child willingly gets into a car with her daddy, not knowing where she’s going or what she’ll be doing there, and can laugh and play the whole way, I trust my heavenly Father to take me to my eternal destination when it’s time for me to depart.

Some non-Christians have not committed themselves to any particular existential belief but are either still investigating or putting off doing so because they feel no sense of urgency. After all, as I said, one’s own death is more an abstraction than a reality, at least in the way many of us approach it.

But imagine if the U.S. tax code had a provision whereby in lieu of filing a return you could come before an IRS agent and submit to a U.S. history test…paper, pencil, no technology. And if you answered all the questions correctly you would owe no tax, and every penny you paid would be refunded to you. Is there any doubt that most of us would make the effort to learn as many truths about our nation’s history as possible?

As great a blessing as that would be on account of our knowledge of the truth, monumentally greater is the blessing for those who meet death knowing the truth that God exists and our estrangement from him because of our sin has been rectified by Jesus’s death and resurrection. Not just knowing, however, but also responding to that knowledge with submission and trust.

Since for all we know we really may only have 24 more hours to live, isn’t it the height of foolishness to disregard and fail to prepare for arguably the most important event in our life…our death? It seems to me incredibly unwise to gamble one’s eternity on beliefs that are merely appealing but have little to commend them as truth.

8 thoughts on “Questions for non-Christians #2”