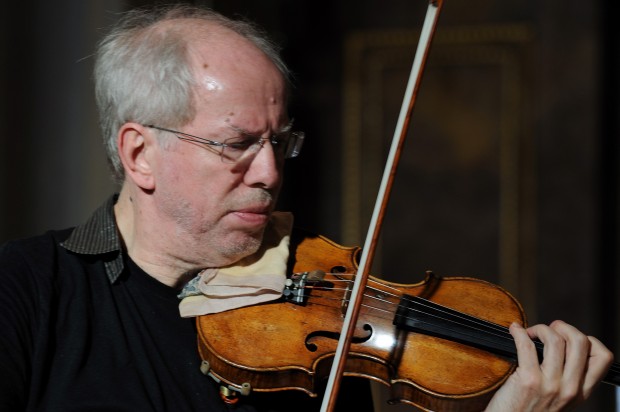 Thought experiments require no beakers or Bunsen burners, no physical objects at all, but only your mind. They are meant to present hypothetical situations which when imagined illustrate or support a particular belief or point of view. Like the belief that a woman’s bodily rights trump any rights her unborn child may have.

This is the objective of a thought experiment known as “the argument from unplugging the violinist,” which was first presented by philosopher Judith Jarvis Thomson. You can read the entire hypothetical suggestion here, but basically we are asked to imagine being forced to sustain the life of a famous violinist with a fatal kidney condition by having our circulatory system connected to his and thereby our kidneys functioning for both of us. This of course requires an enormous sacrifice on your part, severely imposing on your bodily rights, but you are the only one who can save him, and in nine months his condition will have improved enough for you to be released from your connection to him.

So Thomson asks, “Is it morally incumbent on you to accede to this situation?” The violinist is a person and all persons have a right to life, so are you then morally obligated to sacrifice your rights for his? Unlike most of the pro-abortion arguments, Thomson does not deny the full humanity and personhood of the unborn, but uses the right-to-life argument in this thought experiment to try to show that the unborn has no claim on his mother. In effect, to argue that she is not obligated to him whatsoever. In anticipating the obvious objections the average person would have to being forcibly bedridden back-to-back with a stranger for nine months, she hopes to correlate the apparent injustice of the scenario to the claimed injustice of forcing a woman to carry and bear a child she does not want.

Frank Beckwith in his book Politically Correct Death: Answering Arguments for Abortion Rights (1) demonstrates why this pro-abortion argument fails along with all the others. He begins by pointing out that “Thomson mistakenly infers that all true moral obligations to one’s offspring are voluntary.” But surely this can’t be right. Why then do at least some child support laws hold the father financially responsible for a child he helped conceive but didn’t want? And why, if moral obligations are voluntary, do we jail drunk drivers for vehicular homicide even though they didn’t want to kill someone?

It’s a bit jarring to know that there are people like Judith Jarvis Thomson who believe that if a couple “has taken all reasonable precautions against having a child, they do not by virtue of their biological relationship to the child who comes into existence have a special responsibility for it.” If this is true in reference to an unborn child, it’s true for a born child as well. Would Thomson have us believe that parents who intentionally leave their young children alone in a parked car outside a nightclub are not morally responsible when they’re kidnapped and raped?

Beckwith doesn’t address this here, but Thomson’s volunteerism is actually the logical by-product of a secular worldview that dismisses God. Without a moral lawgiver there is no objective morality, only what seems right or wrong to me, or what moral obligations I choose to accept. As Thomson says, “Surely we do not have any such ‘special responsibility’ for a person unless we have assumed it, explicitly or implicitly.”

There is more that can be said in response to the “unplugging the violinist” argument, but that will have to wait till next time.

One thought on “Unplugging the violinist”