No God, no justice 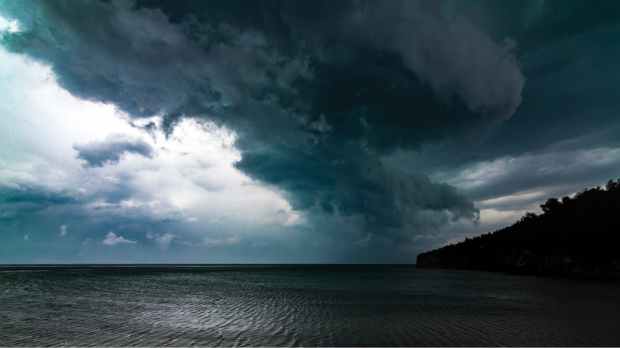 Another evil Muslim terrorist met his Maker last weekend, and I wish I could have been there for the big reveal. I imagine it was glorious, and quite what the ISIS coward was not expecting. Instead of 70 beautiful virgins, one incomprehensibly magnificent, indescribably awe-inspiring Judge. If Abu Bakr al-Baghdadi in his whimpering last moments on earth thought he knew fear, he soon discovered he could be 70 times more afraid than that.

Justice is very satisfying. Some may think it wrong for me to relish the thought of any person being completely paralyzed with horror and fear, but am I really to have sympathy for a man who not only authorized the countless brutal executions of “infidels” but also led two of his own children to their deaths as his human shields? A just punishment meted out on a despicably evil, less than human being is an objective good, and I do rejoice that Baghdadi is now suffering this good, for all the suffering he brought to others.

But if he was merely snuffed out of existence completely, would we have any satisfaction of justice? I think if one denies the existence of God and a life after this one in heaven or hell, one would also have to accept the discomforting reality of justice denied as well. Though there’s no logical incoherence, that I can see, in a worldview which doesn’t allow for ultimate justice, the thought of it is very unsettling. Because our deep, innate sense of and yearning for justice makes its non-realization seem non-possible. Did this murderous Muslim after committing so many unjust, deadly deeds die never to receive a just punishment for them?

If there is no God, yes. Death alone is not punishment enough for his unspeakable atrocities. But since there is good evidence that:

it is most likely that this ISIS leader and epitome of evil is now and forever getting what he truly deserves.

← Now is the day of salvation, but night is coming
Rethinking the Rapture →