I wish we had a God who is consistently pro-life 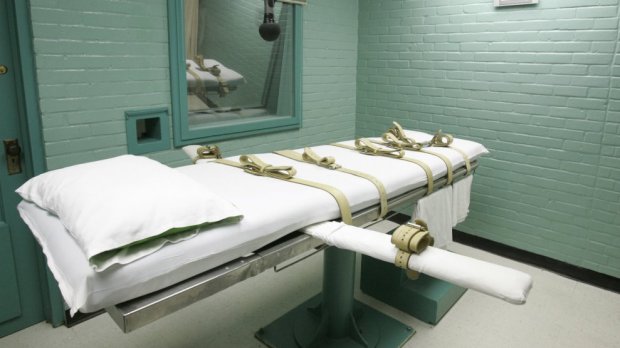 I’m not the most compassionate of people. I freely…and sadly…admit that. I don’t readily respond to pleas for prayer or funding, my heart doesn’t break over the suffering of others in faraway lands, and I tend to err on the side of justice rather than mercy.

So I’m just getting that out there before I launch into a defense of life that some see as inconsistent. You now know where I’m coming from, so take that into consideration.

The charge is made that those who identify as pro-life should be advocating not only against abortion but also the death penalty, and be similarly concerned about other issues that endanger human life, like gun control, militarism, and climate change. These recent tweets by Christian social activist Shane Claiborne make the point.

On the death penalty
Though certainly deserving of admiration for his commitment to be a force for change, I think Claiborne is mistaken on some points and being unfair on others. First of all, though “every human being is made in the image of God,” not every life deserves equal protection. The reason I can be consistent in my pro-life advocacy in opposing abortion but not the death penalty is because the unborn child is innocent but the convicted murderer is not. It is specifically because we are made in God’s image that God himself instituted the death penalty.

Whoever sheds the blood of man, by man shall his blood be shed, for God made man in his own image. – Genesis 9:6

Whoever takes a human life shall surely be put to death. – Leviticus 24:17

So it would seem, according to Claiborne, that God is not consistently pro-life.

On gun violence and militarism
It’s unfair to imply that those who support the 2nd Amendment right to keep and bear arms and are not pacifists are therefore pro-death. We all want to end gun violence and avoid war but we disagree on the means to those ends. Some of us, I think, have a more realistic appreciation of man’s propensity to do evil when deterrents are removed.

Weapons and military might ought to be on the “pro” side of a pro-life position because when used properly they are essential for protecting life in light of the sad reality of evil in the world, and in the heart of man. God hates sin and violence but he is not opposed to all war. One of his promised blessings to the Israelites if they obeyed him was this:

You shall chase your enemies, and they shall fall before you by the sword. – Leviticus 26:7

On the environment
There’s a lot of conflicting information out there on climate change. So if the suggestion is that being pro-life requires buying into gloom and doom predictions that have not been well-established, that’s also unfair. Nor is it necessarily pro-life to support drastic measures that may not have the desired effect in the future but will negatively impact lives in the present.

Yes, God calls us to care for the earth, and we should be concerned about protecting it for the generations of image-bearers to come. But isn’t it actually more pro-life to support and encourage solutions that don’t involve sacrificing the lives and livelihoods of image-bearers inhabiting the earth right now?

As I admitted up-front, I’m not a paragon of Christian compassion so I certainly can do better at caring for the lives of the already born, and I humbly receive the reminder. But I reject the misleading and massively unfair suggestion that my views on these social issues are not only inconsistent with being pro-life but make me pro-death.

← Election menus are limited
Will somebody please distinguish between defending the man and voting for him? →