The Spirit of the Laws 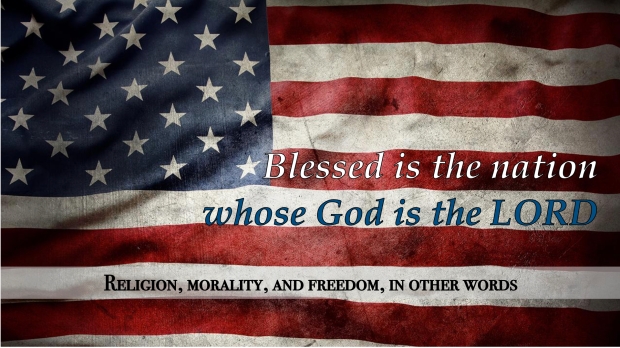 God-fearing men and women with “eyes to see,” who look honestly at themselves and those around them, recognize and acknowledge the flaws in human nature, as I referenced with John Adams last time. Our Founding Fathers knew that freedom could not be protected apart from a government crafted with those flaws in mind.

A valuable resource for them in the crafting stage was a book published in 1748 by the French professor and legal philosopher Baron Charles Montesquieu called The Spirit of the Laws. In all their writings this was the most frequently quoted source next to the Bible. Montesquieu was one of those with keen insight into the nature of man, especially the average man or woman’s inclination to gain and increase power. He suggested a system of government with three separate branches, each checking the dangerous inclinations of the others.

“Nor is there liberty if the power of judging is not separated from legislative power and from executive power. If it [the power of judging] were joined to legislative power, the power over life and liberty of the citizens would be arbitrary, for the judge would be the legislator. If it were joined to executive power, the judge could have the force of an oppressor. All would be lost if the same…body of principal men…exercised these three powers.”

Montesquieu, as did the Fathers, recognized the superiority of the Christian worldview as the foundation for a superior system of government. More from The Spirit of the Laws:

“The principles of Christianity, deeply engraved on the heart, would be infinitely more powerful than the false honor of monarchies, than the humane virtues of republics, or the servile fear of despotic states.”

“The Christian religion is a stranger to mere despotic power. The mildness so frequently recommended in the Gospel is incompatible with the despotic rage with which a prince punishes his subjects, and exercises himself in cruelty.”

“Society…must repose on principles that do not change.”1

← Blessed is the nation
Paradise by the Bible’s light →