What about the unreached? Part 3 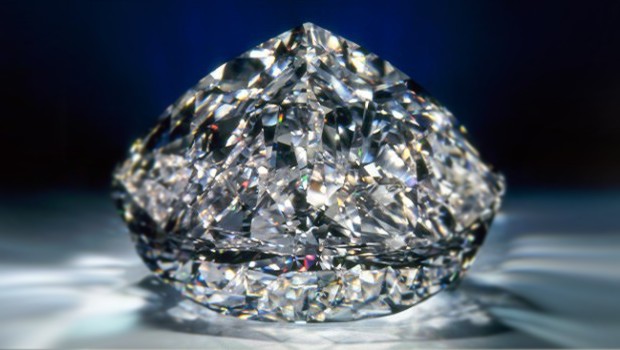 This matter of how one is saved is like a priceless gem that must be handled very carefully, and that has made me a little hesitant to make truth claims about it. My primary concern is for veracity and God’s glory…I shudder at the prospect of misrepresenting him. But it’s precisely because he is being misrepresented as capricious, unloving, or unjust regarding salvation that I feel emboldened to make my case for his perfect goodness and justice.

Let me summarize what I have proposed so far. God is just and will not condemn anyone for lacking faith in Jesus if they hadn’t the ability nor the opportunity to know of him. Children too young to understand what sin is and unable to make a faith commitment to Christ get a pass. Those of age, no matter when or where they lived or live, will be judged on the light they had and not on what they didn’t. And interpreting Scripture properly requires careful observation and study.

Also, I want to emphasize something that I may not have made clear – Jesus is still the only way. Without him none of us will enjoy eternal life with God in heaven. His sacrificial death on the cross, taking the penalty for our sin on himself, is the satisfaction of our debt owed because of that sin. Every single saved sinner is beholden to him. I simply take the view that in some circumstances God applies his payment to an individual’s account without their direct commitment of faith in Christ.

There are a few more truths or propositions I mustn’t neglect to include as I present my view of the doctrine of salvation. First, though I’m not convinced that this applies to all unreached peoples, I could accept the view that says God will bring the gospel to anyone, wherever they are, if they have a humble heart and want to know him. I often hear of people in Muslim countries having dreams of Jesus that are instrumental in their coming to believe in him. God is certainly able to bring a missionary to that Amazonian tribesman or a Bible to a troubled teen in India or a Christian radio broadcast to a poor factory worker in a repressive, closed country like North Korea. And I know that he does. But I don’t think we can deduce from the fact that he sometimes does that he always will.

Which leads me to my second point. If a positive response to the light of God’s general revelation in creation and conscience is sufficient for salvation, why evangelize at all? It’s a good question, but I believe it has a good answer. The proposition that it’s possible to be saved this way must include the admission that it’s likely few are. But many of those who do not respond to general revelation will respond with repentance and faith when confronted with their eternally-significant predicament and hear that the way out of it is through Jesus’s death on the cross and submitting to him as God and Lord. Additionally, even the ones who do submit to the God revealed in creation and conscience benefit greatly from a fuller revelation and the knowledge of his expression of love for them in providing the redemption through Christ that saves them.

Now some will object that if many would respond to the gospel if they only heard, surely an all-loving God would guarantee that everyone is exposed to it. Well, not if he knows they won’t. It could be that since God has complete foreknowledge, not only of what will be but of what would be if circumstances were different, those whom he knows would reject the light of the gospel are therefore left in the dark. Which, by the way, is where they chose to be, having rejected the light of general revelation available to all.

God knows the hearts of every individual who lives, has ever lived, and will live. We only know our own, and that not even as well as he does. We imagine the multitudes of the un-Christianized as poor, helpless, clueless, unjustly damned souls, but there are no such things. God is just, with him “all things are possible,” he “so loved the world,” and he wants none to perish. If the objector resists the proposition that many if not most of the unreached would reject the gospel if they heard it, I would simply call his attention to all the people who have heard it and refuse to believe.

My go-to guy on all matters in defense of theism and the Christian worldview, my “apologist crush”  🙂 William Lane Craig, defends this view of God’s foreknowledge in salvation, including the proposition that he providentially placed every individual in a time and place of his choosing according to whether or not they would respond in faith to the gospel. Acts 17:26-27 seems to indicate this: “And he made from one man every nation of mankind to live on all the face of the earth, having determined allotted periods and the boundaries of their dwelling place, that they should seek God, and perhaps feel their way toward him and find him. Yet he is actually not far from each one of us.” Craig has a very thorough, scholarly article here titled “Politically Incorrect Salvation” which is a bit long but well worth the read.

I began this “dissertation” two days ago with the goal of demonstrating that the common objection to Christianity claiming injustice on God’s part because of those unreached by the gospel can be overcome. Many believers, I fear, are tripped up by the challenge from skeptics because they haven’t thought through the implications of a wooden doctrine that says one must hear of and believe in Jesus in order to be saved…no exceptions. God’s word is never given without context nor without the expectation that the reader will not disregard his God-given common sense when he reads it.

I pray this has been helpful to some. It has been to me. As I said yesterday, if you believe I have erred in my understanding, please tell me. I am open to correction because truth, not being right, is what I’m after. And if truth is magnified, God is glorified. Because he is Truth.

← What about the unreached? Part 2
Barriers →

4 thoughts on “What about the unreached? Part 3”