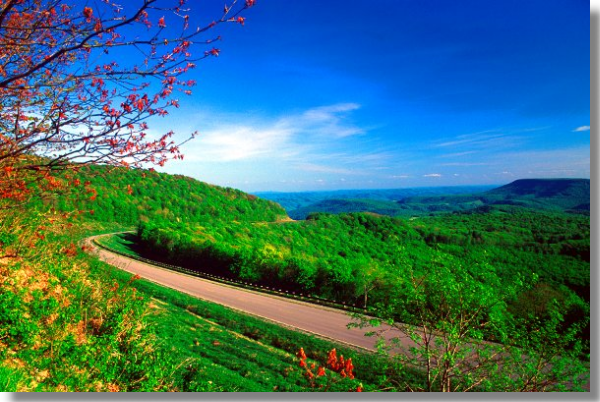 Heaven can wait, as the saying goes…don’t rush me. I’ve got a lot of living to do on earth yet. Still, unless we believe this life is all there is, we hope and pray the celestial city is our final, eternal destination. Because the only alternate one leaves much to be desired, and I think it’s safe to say we wouldn’t even want to visit there. After all, Phoenix in July is no one’s vacation destination.

Reaching an earthly destination always involves a route or a plan, so naturally (or supernaturally, I guess) so does reaching a heavenly one. And because there’s more than one way to San Jose (do you know one?), many believe the same about Heaven. Most Christians, however, will tell you there’s only one, but that way can look very different depending on whom you ask for directions.

The contrast between the Catholic doctrine of salvation and the evangelical or Protestant one has both sides thinking the other needs to recalculate. Is the road to Heaven by faith alone or faith and works? The Catholic rejects the first, but I as an evangelical say it’s both, because they are really the same. The highway to Heaven is called Faith, but it is marked by a landscape of beautiful Works. If all you see is desert, you’re on the wrong road.

Contrary to what many Catholics assume, evangelicals know that works are necessary. We do not believe that you can pray a prayer and “get in” then go and live as you please as if it doesn’t matter. Saving faith is not simply mental assent; it’s putting your trust in Jesus as God and submitting to him as Lord. This kind of inward faith will be demonstrated in outward obedience.

It’s what we see in verses like John 3:36. “Whoever believes in the Son has eternal life; whoever does not obey the Son shall not see life, but the wrath of God remains on him.” Both evangelicals and Catholics will appeal to this verse to support their position, but highlight different clauses. The first seems pretty straightforward – our faith secures for us eternity with Christ. But it is fleshed out by the second – this faith necessarily is evidenced by obedience.

But what does it mean to obey? Is John 3:36 teaching that only those who do everything God commands, and nothing he forbids, all the time, will escape his wrath? And if not that, what degree of obedience is required? Is there a minimum number and kind of good deeds done and sins avoided that one has to reach to make it to Heaven? Would this not lead to the kind of gross injustice I presented here?

From the Online Etymology Dictionary we have this as the word origin for obey: from Latin obedire, oboedire “obey, be subject, serve; pay attention to, give ear,” literally “listen to,” from ob “to” (see ob- ) + audire “listen, hear.”

“Literally ‘listen to.’” “Be subject, serve; pay attention to.” Most of us equate “obey” with the activity or action done, stopped, or avoided in response to the command. “Caroline obeyed her father’s command by eating the potato soup, though only after sitting at the kitchen table for over an hour staring at the thick, disgusting potage while her siblings got to watch TV.” (Yes, that’s a tiny glimpse into my childhood.) But obedience is actually the attitude, mindset, or position of the one obeying before the response.

The Greek word in John 3:36 translated “not obey” is apeitheo, the negation of peitho which means, “to be persuaded, to listen to, to obey…The obedience suggested is not by submission to authority, but resulting from persuasion.”(1) So our being persuaded in the truth of the gospel, in Jesus as Lord and God, results in obedience. Apeitheo is actually translated “unbelieving” in Acts 14:2 and 19:9.

Peitho and pisteuo, “to trust,” are closely related etymologically; the difference in meaning is that the former implies the obedience that is produced by the latter, cp. Heb. 3:18, 19, where the disobedience of the Israelites is said to be the evidence of their unbelief. (1)

So whoever does not listen or pay attention to, is not subject to and will not serve, is not persuaded to believe in, the Son…shall not see life. Whoever ignores or dismisses the authority of his Creator will not escape his wrath, no matter how much good they do. Because obedience is necessarily bound up in faith.

Faith without works is dead, as James says.(2) Lifeless…like a desert. But true faith produces fruit…life-filled and life-giving vegetation that demonstrates to the traveller, and more so to observers, that he’s on the highway to Heaven.