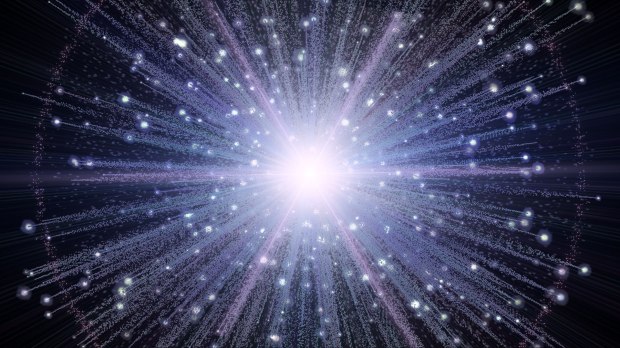 I didn’t argue much as a child. At least that’s what my (sometimes selective) memory tells me. Yeah, I’m pretty sure I almost always agreed with my siblings that it was in fact my turn to wash the dishes, take out the garbage, or descend into the creepy basement at the funeral home where we lived to shut off the outside lights, where right above me were one or two dead bodies. Slowwwwly down and very quickly up.

But though I may have been ever so sweetly non-argumentative, I did have an argument in me for the existence of God even back then. Don’t believe it ever came out…I grew up among those who espoused belief in him, so no opportunity to argue it. No one had to teach it to me, it was just intuitive. Nothing comes from nothing so something had to bring the universe and everything in it into existence. Therefore, there must be a supreme, supernatural being – God.

Fast forward a few decades and I now have in me several more arguments for the existence of God, which I did have to learn, and are coming out because I have made apologetics my avocation. The Argument from Contingency, the Cosmological Argument, the Teleological Argument, and the Moral Argument are each strong in their own right in laying down good reasons and evidence for believing in God. But there’s one more which, if demonstrated to be sound, seems to make the existence of God undeniable. And that “if” is a big one because not even all Christian philosophers endorse it.

It’s called the Ontological Argument from ontos, the Greek word for “being,” because it’s based on the

understanding of who God is. Initially formulated by the Benedictine monk Anselm in 1078, it has been pondered, debated, ridiculed and defended to our time, without achieving anything near consensus but also withstanding all efforts to completely discredit it.

It basically says that if it’s possible God exists, then he exists. It starts from a definition of God as the greatest conceivable being, a being with maximal excellence – maximal power, knowledge, and goodness (minimally 🙂 ) – in every possible world. “Possible worlds” refers not to other planets or universes but to maximal descriptions of the way reality could have been, as well as the way it really is – the actual world. A reality that did not have you as part of it, for example, would be a possible world but not the actual world.

So according to this understanding of God, if he exists in every possible world, he exists in the actual one. Therefore, he exists. Is it possible that a greatest conceivable being, so described, exists? It seems like a coherent concept. Denying even its possibility would be difficult to defend. But if you allow that it’s possible, and the philosophical method of arguing from possible worlds is sound, then the conclusion that God exists follows.

As usual, William Lane Craig can inform us well on what the argument says and address the objections to it. Here are a few links for further reading, and a pretty cool short video for those with only a few minutes to spare. Click on the upper left to select the Ontological Argument. Or start from the Cosmological Argument and watch all five videos. For some reason I haven’t been able to include just the one.