The elephant in the womb 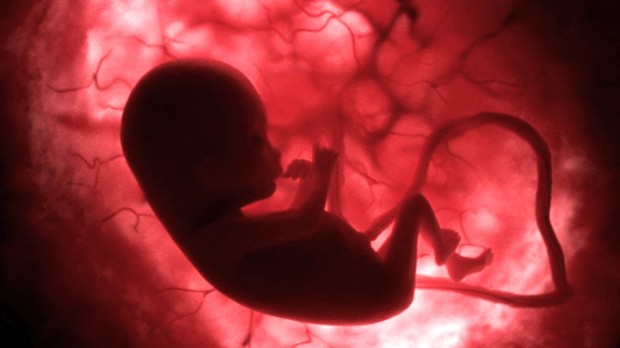 Human reproduction is an unfathomably amazing thing. Often I’ve wanted to ask the abortion supporter, have you invested even five seconds contemplating what happens in those nine months? That without any direction on the part of any human, a sexual act results in two tiny cells coming together to form one unique cell which virtually on its own develops into trillions of cells intricately woven into complex, specialized systems and organs operating within a body 500 times its original size? In only nine months? How can you regard something no human intelligence has been able to match as just an unwelcome, intrusive, parasitic process?

What transpires in the womb during pregnancy is an incredibly awe-inspiring phenomenon that nevertheless fails to inspire many because it’s so natural and happens so frequently, thereby making it easier to determinedly terminate. That to which we ascribe little value is disposed of with little hesitation.

So one of, if not the primary task of the abortion opponent should be on lighting up the womb…on conveying, displaying, and magnifying the largely hidden wonder that is the growth and development of every new, human life. If we could see it happening, if only in our mind’s eye, we’d see that this living being within the womb is the same living being that exits the womb – he does not transform from one being into another but merely goes through stages of development, just as he will from birth to old age, only much more rapidly. And if we could see his very young but still very human body being suctioned, stabbed, poisoned, or dismembered, all but the most hardened and self-absorbed would recognize the evil and injustice of it.

But it seems like it’s asking a lot of abortion-rights supporters to just look and think. They’re so fixated on women’s “health” and bodily autonomy it’s like they can’t be bothered to turn their attention to the elephant in the womb…the reality that human reproduction produces another human, and that human is the one whose rights are being violated in abortion…in often very painful and violent ways.

Can we force them to look? I think we can by so flooding the public square with the truth, in word and image, that they can’t avoid it, and I believe we’re seeing this happening now. In fact, the incredibly ridiculous lengths to which pro-choicers are going in defending the right to kill the unborn…likening a pro-life position to racism, banning pro-life sites on social media, claiming it’s “necessary violence” so that a woman not be forced to do “gestational work,” to name just a few…are indicators that they’re feeling the squeeze. They sense that their weak and well-worn defenses have already been breached, and in struggling to erect new ones they’re willing to put up anything, even if it’s full-on crazy, rather than look full on at the truth that abortion is no less than murder.

Well, I intended this post to begin covering Chapter 3 of Francis Beckwith’s book Politically Correct Death: Answering Arguments for Abortion Rights, where he talks about prenatal development, abortion procedures, and fetal pain, but I got a little carried away with the introduction. So I’ll do that next time.

2 thoughts on “The elephant in the womb”