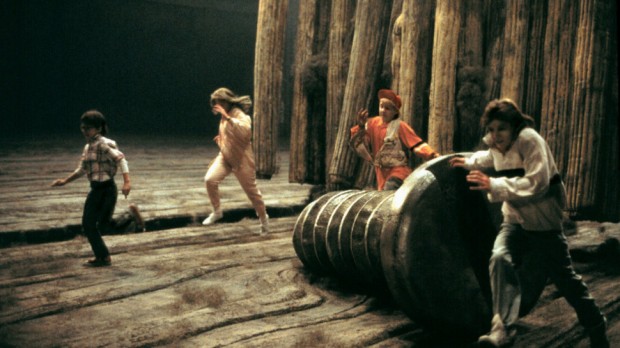 Would any of us consider a five-year-old as less than fully human because he can’t drive a car? Is a one-year-old less valuable than the five-year-old because she is unable to use the toilet? Do we deny personhood to the infant until he can say his first word? If not, then why do we deny personhood, value, and full humanity to the child in the womb based on developmental factors? Exactly what pieces and parts, functions and forms are necessary for the unborn to possess before he or she acquires the right to life?

Abortion supporters rely on a subjective assignment of status to the unborn when making their case for the right to end its life. The newly created being…which is living and human, as we established last time…is afforded full humanity and the rights that go with that only when it reaches a particular level of development on a spectrum from a beating heart to birth. Where on this spectrum the unborn suddenly transforms from an ethically expendable “it” to an actual male or female child with human rights varies according to the subjective opinion of the already born abortion supporter. For something as monumentally important as the right not to be killed, one would think that objective and conclusive criteria would be required.

The stages of development a human being passes through from conception to death are objective and conclusive, whether or not they are used as criteria for “full” humanity. In his book Politically Correct Death: Answering Arguments for Abortion Rights (1) Francis J. Beckwith gives an overview of prenatal development in Chapter 3 with an aim to show that “full humanness begins at conception.” In addition to what I covered last time, Beckwith highlights developmental markers in the life of the unborn as it rapidly grows from a one-celled human being to a trillion-celled one, markers which the abortion supporter would surely prefer to be ignorant of lest they conflict with his subjective opinion of full humanity.

Here are a few of the earliest ones, as described or quoted by the author:

At about three weeks a primitive heart muscle begins to pulsate.

“By the end of the twentieth day [after conception] the foundation of the child’s brain, spinal cord, and entire nervous system will have been established.”

During the second month, the eyes, ears, nose, toes, and fingers make their appearance. The child’s skeleton develops, her heart beats, and her blood, with its own type, flows.

“At thirty days the primary brain is seen. By the thirty-third day the cerebral cortex, the part of the central nervous system which governs motor activity as well as intellect, may be seen.”

“In its seventh week, it bears the familiar external features and all the internal organs of the adult, even though it is less than an inch long and weighs only 1/30th of an ounce.”

“After the eighth week no further primordia will form; everything is already present that will be found in the full term baby.”

All of these human features are already possessed by the tiny, developing body within two months after conception, which is when the majority of abortions are performed. Hold your thumb and forefinger about an inch apart and picture a human body that size with all the pieces and parts, functions and forms highlighted above. Is it not fully human because it’s so small? Or because it’s not fully developed? What size or level of development does it need to reach in order to be considered not just human but fully human?

Surely the fact that the unborn child is so very tiny for the first few months of his life makes it easier for many to devalue him. But if those mothers seeking an abortion could see everything that their child already possesses…all the incredibly complex systems and processes taking place within the minuscule body which is within hers…most would likely hesitate to participate in its destruction. If they could be made to understand that they’re about to destroy an actual, miniature human being (think “Honey, I Shrunk the Kids”), they would shudder at the thought of it and be open to other options.

But most do not understand that and so will pay to have someone kill the mini-human they carry, even when it’s not so mini. Next time we’ll look at the various gruesome and painful ways this is done.

← What fifth-graders know and adults childishly deny
If it’s all about choice, you might want to know what you’re choosing →