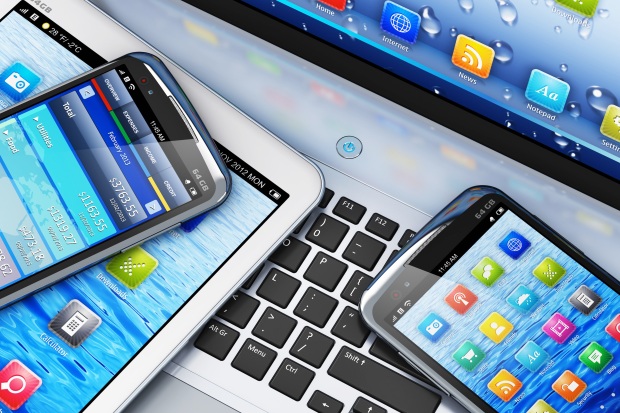 I’m watching my phone update 23 of my apps. It’s fascinating. One after another the updates are downloaded and the apps are changed. I stare at it. How does this happen, I ask myself. I neither see nor hear anything entering my phone yet something, somehow, is acting on it from the outside.

Or is it? I know people say that some kind of information travels through the atmosphere with incredible speed and a cell phone can summon it, but I don’t see it. I mean, I literally don’t see this information so how do I know they’re right? It seems more plausible to me that the phone was designed to periodically activate new features that were already pre-programmed into it. Or that it somehow evolves so that the apps most used become more highly developed and adapted to the owner’s needs and activities.

And because the concept of invisible information traveling on invisible waves in the air seems too fantastic to believe, these videos I see on my phone, and computer, and TV of millionaire entrepreneur Donald Trump as our president must have all been preconceived as the most elaborate reality show ever, recorded and loaded onto the devices before I bought them. That seems more rational to believe than that the images and sound magically transmit unseen across thousands of miles and through walls. Or that Trump is really president.

So I’m sympathetic to those who find it difficult to believe in God because we’ve never seen him. Any explanation for why the universe exists has to be preferable to one that says a supernatural, unseen being created it. It must have always existed, and though that still doesn’t explain why it exists, and requires belief in an actually infinite number of things which leads to metaphysical absurdities, at least it doesn’t require belief in a meta-non-physical something. Or, because the evidence strongly suggests the universe did have a beginning, it could have just popped into being from nothing without a cause. Though that also may seem absurd, it’s not as absurd as believing in something I can’t see. Right?

Seeing is believing, as they say. Conversely, not seeing is not believing, I guess. And yet…is everything I believe to be true traceable to one of my five senses? I remember distinctly taking a walk around our property recently and thinking about this very thing. I know that I took that walk even though I don’t know it by seeing, hearing, smelling, tasting, or touching. Should I then dismiss that memory as unreliable?

So there are ways of knowing that don’t require seeing the thing that is known. I can’t see electrical signals or radio waves but I do see evidence that they exist. And though I can’t see God, I see plenty of evidence that he exists….evidence which, apart from his existence, require explanations much more difficult to believe.

Faith in a God-less universe is faith nonetheless. And when I think about it…when I use my mind’s eyes…I can see that sometimes it takes more faith to deny what cannot be seen than it does to affirm it.

← The village is coming for your children
Philo-less Sophia →