Pushing for a genderless society

Have you ever engaged in a discussion with someone whose comments really made no sense? Nothing you say carries any weight because their frame of reference is just…out there…beyond the stratosphere, where there is no gravity. It’s a frustrating and pointless endeavor.

It seems the further we get into the 21st century, the further out into space go our public discourses on certain social issues. What used to be obvious, what used to be the commonest of common sense, is being turned inside out, making the discussion increasingly difficult as opposing viewpoints are originating from seemingly different dimensions.

We see this most pointedly in discussions of gender and sexuality. Whereas up until the end of the 20th century simple anatomy and physiology plainly informed us as to the normal, proper, and effective functions of the gender-specific body parts, nowadays we are having to figure out how to argue for the obvious with those who simply deny it. 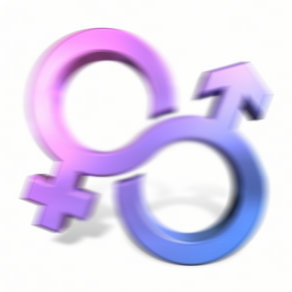 The latest evidence of this movement into a genderless Twilight Zone is the ACLU’s push to prohibit schools from having single-sex classes, claiming that, “They promote false stereotypes about sex-based differences that don’t exist.” You can read about that here. They say they’re concerned about equality in education, but I believe it’s more about equality in marriage, as part of an overarching agenda promoted by the homosexual lobby.

The more successful they are at arguing that gender differences are nurture, not nature, the easier it will be to get the general public to accept the reconfiguring of traditional roles and relationships.

To assert that “sex-based differences…don’t exist” is to deny the obvious. Practically everyone who has raised both sons and daughters or taught both boys and girls has observed differences in the way they play, communicate, relate to one another, and more. Certainly there are exceptions; every individual is unique. But by and large the similarities based on gender are clearly seen.

Those who deny the differences, I believe, also have in mind to deny the God who designed males and females to be masculine and feminine. (Will those terms even mean anything 20 years from now?) Acknowledging Him means acknowledging His design, and that sets them back to square one.

If we’re not careful and keeping our wits about us, normally intelligent people everywhere will be succumbing to the emperor’s new clothes syndrome, agreeing that something is true despite what their senses, and good sense, tell them. But if enough of us state the obvious, we may succeed in exposing the motivations of the deceivers and be better prepared to counter foolishness and falsehood the next time.

One thought on “Pushing for a genderless society”