Hope for the hater 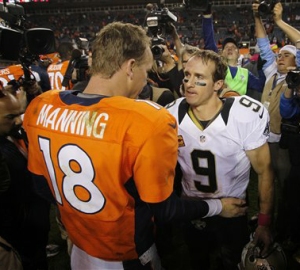 I’m sure I’ve been accused of hatred as I’ve spoken out against gay marriage, but holding a particular belief about morality is not hatred. How I act towards those who disagree with me can be.

Hate is such a strong term and I think it’s thrown around and used too indiscriminately these days, particularly by gay rights supporters against those who take a stand for the biblical teaching on homosexuality. This is truly unfair. But when they find in our speech and our actions attitudes devoid of love towards gays, the accusation comes fairly close to hitting the mark.

So when I read this morning of an Iowan newspaper editor who got fired after posting about homosexuality on his personal blog, I immediately wondered what exactly he said and how he said it. The news article mentioned the editor’s use of the term “Gaystapo” which was enough to make me cringe, but the link to his blog came up empty, as it had apparently been taken down. I did, however, find an excerpt on another blog where he referenced the “deceivers among us” and sarcastically referred to “the LGBTQXYZ crowd” and used the expression “flaming homo.” This is not helpful.

Let me just say that if I have not already used sarcasm in my posts about homosexuality, I have certainly considered it. It’s so tempting because sarcasm is a very entertaining form of expression and if my blog makes people smile, I’ll get more followers. But it would only be appreciated by those who already agree with me, and my hope when I write is to change the minds of those who don’t. Those who write to entertain get more followers, but not converts.

The calls for the news editor’s firing might still have come if he spoke the truth in love (and either way, it’s a bit hypocritical to call into question his ability to do his job fairly when the liberal biases of so many in the news industry is widely known). But certainly our effectiveness in persuading others would dramatically increase if we were more like Jesus instead of the sarcastic Roman soldiers who crucified him. “And kneeling before him, they mocked him, saying, ‘Hail, King of the Jews!’”1 If we are intent on honoring God’s law we must remember that, “the whole law is fulfilled in one word: ‘You shall love your neighbor as yourself.’” 2

Our opponents will remain so as long as they feel unloved and disrespected by us. This is one of the reasons I so admire and follow Christian apologists Ravi Zacharias and William Lane Craig, and why I believe they have such incredible influence. They always speak and write with kindness and respect towards everyone, including those with whom they disagree. That’s “speaking the truth in love.” Not that we need to have a particular affection or feeling, but that our words and actions reflect a genuine concern for our fellow human beings made in the image of God.

I am inclined to think that, yes, hatred is the absence of love, and in case you haven’t noticed, there’s plenty of hatred to go around, on both sides of whatever aisle you’re lined up on. But it’s just such a beautiful thing when opponents come together, maybe not in agreement, but in love. That’s one of the reasons I like football – seeing the opposing players talking with each other after the game. I think we’re afraid of the word ‘love’ because it can mean so much more than we intend. But when defined as concern for the good of the one loved, it is certainly an appropriate and desirable attitude to have towards others, even those who might be considered our enemies. Here again, Jesus is our model:

“But love your enemies, and do good, and lend, expecting nothing in return, and your reward will be great.” 3

Our reward, at the very least, will be the influence we desire when we dispel the darkness of hate with the light of love.

← Inconsistency is not insincerity
The hiddenness of God →

2 thoughts on “Hope for the hater”