The hiddenness of God

Hey. Did you miss me? Sometimes I long for my elementary school days when summertime was all about sleeping in and having fun. Summer is a busy season for me now.

But enough about me. Let’s get metaphysical.

If God wants us to believe in him, why doesn’t he just show himself in all his glory? 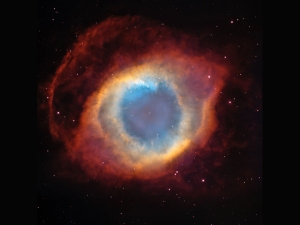 This is the problem of the “hiddenness” of God. Many who are unconvinced of his existence assert that if there truly is a Supreme Being who sincerely wants his creatures to believe in him, then surely he would make himself known in an undeniable way. At face value, this is a reasonable conclusion. But upon further consideration we can easily conclude differently.

A crucial element in any consideration of method is purpose. For what did God create us? If his purpose was simply to have an adoring throng of dumbstruck worshippers, then some serious shock and awe would be called for. But what if his purpose instead was to have “children” to love and be loved by…to have a relationship with that is freely entered into? This adds some complexity to the understanding of his hiddenness.

But let’s imagine, first of all, what it might be like to “see” God. He is a spirit…an unembodied mind…so he would need to take on some sort of body, perhaps of a gigantic, Godzilla-sized man (interesting name for that monster, yes?) but perhaps something else. Whatever form he might take, it would have to be incredible enough to convince us that this is God…though there would be some who still would not believe, thinking his appearance to be a mass hallucination. Since God is so immeasurably greater than us, much greater even than our superiority relative to gnats (take that, gnat), any comparable visible appearance would so overwhelm us as to render us as dead. Fear would paralyze us, and that would be the predominant emotion in our “relationship” with God. But fear is not very conducive to love, and God wants us to love him. Yes, the Bible is filled with admonitions to “fear God,” but that’s a reference to his authority over us and our rightful response of submission and obedience. It’s not a command to cower and tremble in paralyzing terror.

So consider now the method God chose to reveal himself. He created us – so wonderfully complex and incredible in design – and placed us in a world of immense beauty and splendor…great mountains and vast oceans…heavenly bodies that provide warmth and light…plants and trees that provide nourishment with nary any effort on our part, and water that falls from the sky to quench our thirst…none of which, as we are keenly aware, we can take credit for. Then he chose a people to represent him, spoke to a few of them, appeared as pillars of fire and smoke, worked great miracles around and through them, then incarnated as foretold so that we could better know him and his love for us. He gave us enough evidence of his existence to draw us into a love relationship, but not so much that we are compelled by fear alone to submit to him.

Consider something else. It seems that it would still be possible to reject God’s authority even if we saw him in all his glory. Some angels did. Do you not think that these “fallen” angels were, and we would be, immediately banished by God forever …no second and third chances? I believe it is the mercy of God that motivates him to deny us his direct and visible glorious presence. This allows him to extend to us enough time and opportunity to become convinced, and even reject him for a season. The mystery inherent in his hiddenness makes it possible for him to receive us back as the prodigal son when we repent.

God’s restrained revelation of himself is as a secret lover who sends gifts anonymously, or as a handsome and wealthy king who disguises himself to the woman he loves in order to win her love, and be assured that it is given wholeheartedly and not because of his riches or beauty but because of who he is. In his book The Screwtape Letters, C.S. Lewis similarly describes God this way, “the Irresistible and the Indisputable are the two weapons which the very nature of [God’s] scheme forbids Him to use. Merely to over-ride a human will (as His felt presence in any but the faintest and most mitigated degree would certainly do) would be for Him useless. He cannot ravish. He can only woo.”1

There will come a day when God will no longer be hidden, and we will see him in all his glory. If that’s a day you’re waiting for in order to believe…well, you will believe. But unfortunately, it will be too late.

← Hope for the hater
Do Christians consume Christ? →

4 thoughts on “The hiddenness of God”