Some concluding thoughts on racism 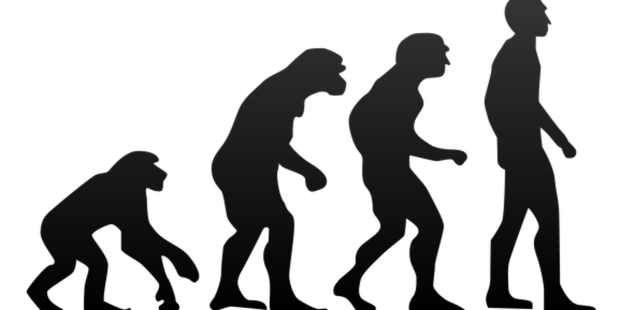 Why do black lives matter?
It has occurred to me that many of those loudly calling and protesting for change are atheists, if not philosophically then effectually. If they do acknowledge God exists they effectually deny it by living as if he does not.

What difference does that make? you may ask. Well, we’re told that ending racism is a moral imperative because black lives matter, which of course I agree with. But as insulting as it may initially sound, I think it’s reasonable to expect a defense of the premise. Why do black lives matter?

If God does not exist then we exist as merely living, breathing, high-functioning products of millions of years of evolutionary randomness. There was no design nor purpose driving the process. We just happen to be here and happen to be the way we are. What gives any of us inherent value or worth if we’re just accidents of nature?

Apart from the existence of God there is no transcendent standard to refer to in condemning the forced subjugation of one race to another. It’s just survival of the fittest, or the most powerful. Murder, theft, cruelty, and abuse happen all the time in the animal kingdom, to which we belong as higher primates. But we don’t assign these moral terms when less advanced animals kill, take food from another, or take actions to maximize their survivability at the expense of other species. What makes them wrong for us?

Black lives matter because all human beings of every race and ethnicity are designed and created by God in his image. This is what gives every single one of us inherent worth, and it is an affront to him when we treat our neighbor shamefully. I expound on this a little further here.

A cause for meaning
It’s no secret that the West is ever increasingly more secular and dismissive of the things of God. When a person rejects God she forfeits ultimate meaning and purpose for her life that can only be hers if she was designed and created by him. But we crave meaning and purpose…we have an innate desire for significance. So, many of these God-dismissing secularists take up a cause…environmentalism, feminism, racism…because it makes them feel that their lives matter.

Don’t misunderstand me. I am not saying that these and other causes are unimportant nor that everyone who involves themselves in them does so for the purpose of finding purpose. Only that for some the cause is in a sense their religion. It’s what they have latched onto as a source for meaning and a reason for being.

I don’t have any statistics or specific evidence to prove this. It’s just my opinion…but I’m convinced it’s true.

God is the solution
This brings me back to my first contention that at the root of racism and the violent protests is a turning away from God, rejecting him and his offers of forgiveness for all the bad things we do and a new heart able to love as he does. None of all these protests and all this unrest will be ultimately effective in ending racism if we continue to move away from God instead of towards him. Because it’s a heart issue.

Racism stems from a selfish inclination we all share. We tend to look down on or criticize others because it makes us feel superior. It’s not just an attitude of some whites toward blacks. We see it in some blacks toward Jews, elitists toward common people, and leftists toward conservatives. We all have sins to repent of.

I am both hopeful and fearful for the future in light of what’s happening in the present. We can come out of this a more united and just society…or the socialists and anarchists can succeed in driving our country into the ground. God only knows, and it is to him I plead for mercy, justice, and peace.

One thought on “Some concluding thoughts on racism”